Looking forward for your urgent assistance

Typhoon Haiyan, known as Typhoon Yolanda in the Philippines, was historically a record-breaking typhoon, the maximum ten-minute sustained winds at the time being around 75 m/s (270 km/h or 167 mph), that hit the center of the Philippines squarely on November 8. As known through the media, many areas, especially Leyte island, were exposed to drastic storm; and as a result, collateral damages caused by flood and collapsed houses occured on each disaster areas. It is already more than a month since the disaster ocurred, but every disaster spot is yet to be blessed with enough help.

It is also to be noted that well-meant donations are misused by some governement officials and politicians via corruption.

To handle donations effectively,and help as many people as possible, we, Konoyubitomare-daichinokai, would like to support victims directly by going to a disaster area at this time.

As a result of field survey conducted on November 20 2013 by my son who is studying English in Cebu now, Tominjao Daabantayan located in the northern part of Cebu is facing a continued suspension of water supply and power cut. Children there couldn’t go to school and most of houses have collapsed. Moreover, there were no roofs to shelter from the rain and the wreckage of houses and trees were stacked disorderly along the street. The victims were forced to live with foggy terror and uneasiness.

The residents said that there was no hope about any support from the government. Needless to say, foods and drinking water are also necessary. However, it is clear from on-the-spot investigation that most victims hope to repair their houses as soon as possible. That’s why the use of the donations to fix the houses of the victims and enhance their daily life is our main priority.

It will take much time for reconstruction, but We would appreciate it if you could support and cooperate with us. 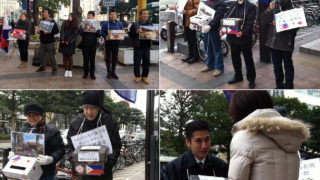 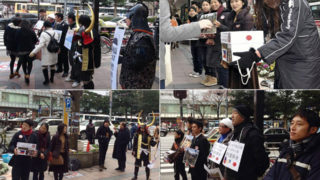